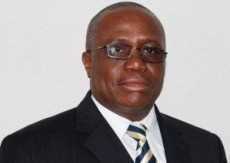 Mr Amissah, who disclosed this to journalists in Accra recently, said he believed such a stance could help curtail the rising inflation rate.

The MPC of the BoG recently maintained the policy rate at 26 percent after its 68th meeting in Accra.

The committee, has for some time now, been increasing the policy rate in a bid to control inflation. However, this has not been realised.

He said though there were theories suggesting manufacturing was doing well, we could develop services sector.

“But when you look at our country data, it looks like almost all the time, services is taking a chunk of the percentage of growth. The growth rate of services is increasing and interesting to look at though last quarter, manufacturing was doing well. But it looks like our services sector, and by nature Ghanaians are service oriented, with our educational system, we study businesses and general arts. For most of us, the figures are directly tilted towards services.

“Most of companies are in microfinance, banking, consultancy…Manufacturing actually is not pulling its weight and even with this ‘dumsor dumsor’, you can see that manufacturing will be suffering.

“Though other countries have developed from manufacturing, we as a people should sit down and look at ourselves. We should develop the services sector not neglecting the other sectors like agriculture and manufacturing.”

He also called on government to reduce taxes for players in the services sector.

“It should not always be about the State and the government, it is about the firms. Government needs money by increasing taxes but it also needs to help firms to develop. Reduce taxes for them to develop. And of course, as they develop, they develop the country.”